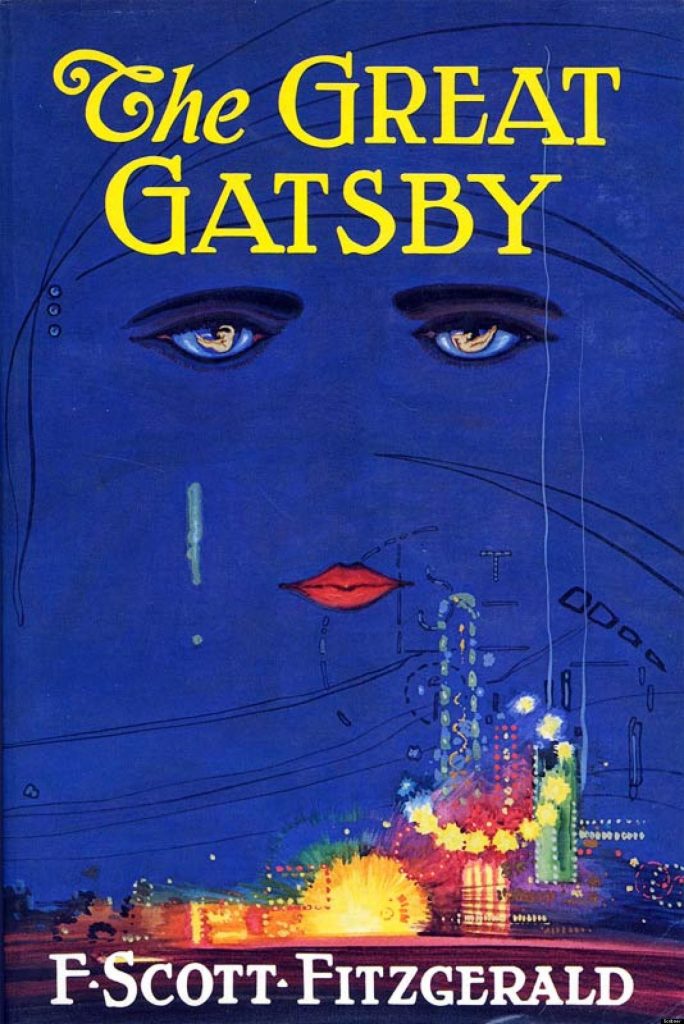 Francis Cugat’s iconic painting of a disembodied face floating above the lights of New York is perhaps the most famous and celebrated book cover in all of American literature. F. Scott Fitzgerald’s publisher, Maxwell Perkins, seemed to understand the significance of the image even before the novel was published, declaring it “a masterpiece for this book” in a letter to Fitzgerald. However, despite all of this, relatively little is known about Cugat himself – The Great Gatsby was the only book cover he ever painted, and no one is quite sure how he came to the attention of Fitzgerald’s publisher – and the origins of the “Celestial Eyes” image remain uncertain too. Readers may recognize the image in the figure of Doctor T. J. Eckleburg, a monstrous advertising billboard which consists of two eyes peering out of a pair glasses “which pass over a nonexistent nose”, or in Fitzgerald’s description of Daisy as the “girl whose disembodied face floated along the dark cornices and blinding signs”. However, it is quite possible that, rather than Cugat being inspired by Fitzgerald’s imagery, the reverse is true, as Fitzgerald stated that he had “written it [the cover] into the book”. 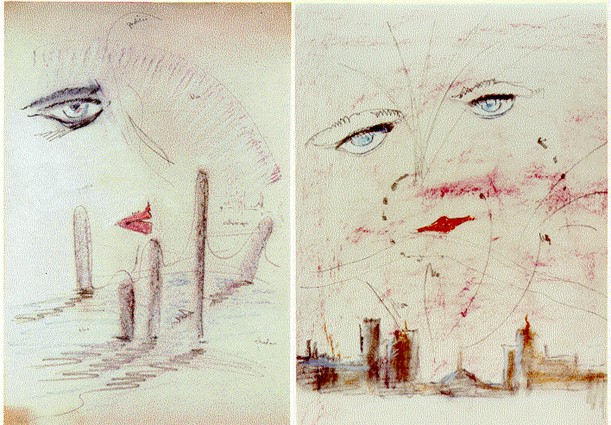 Observing Cugat’s preliminary drafts for the cover only strengthens this hypothesis, as we can clearly see that his early sketches depict the disembodied face over a desert-like wasteland, similar to T. J. Eckleburg’s home. Cugat was working from one Fitzgerald’s early titles at the time, Among the Ash Heaps and Millionaires, suggesting something of a collaborative process between cover artist and author: perhaps Fitzgerald inspired Cugat with his landscape image, and Cugat in turn inspired Fitzgerald with the “Celestial Eyes”. This possibility is reinforced in Ernest Hemingway’s A Moveable Feast, when he recalls seeing the cover for the first time. Although Hemingway describes it as “garish”, he also reveals Fitzgerald’s explanation that “it had to do with a billboard along a highway”. The fact that Cugat’s final cover clearly does not depict T. J. Eckleburg, yet Fitzgerald still points to a thematic linkage, once again implies that Cugat provided the seed of inspiration for the Eckleburg figure. As well as possibly providing imagery for the book, Cugat’s cover also mirrors Fitzgerald’s own themes, thereby acting almost as a kind of pictorial prologue. For example, Cugat includes the famous green light in his painting, but its positioning and shape are reminiscent of a falling tear, foregrounding the exposure Gatsby’s of misplaced idealism. Likewise, Cugat subtly hides a pair of nudes in the gigantic eyes, perhaps reflecting Gatsby’s objectification of Daisy or her own awareness of Tom’s affair.

Although it may never be known how much Fitzgerald took from Cugat’s imagery, the painting remains a masterpiece in its own right. It provides a fine illustration of the fact that not only is all art necessarily created collaboratively, as creators learn from and draw from one another, but also that different art forms can interact with one another and color our interpretations in deeply meaningful ways. -Christian Kriticos Sources The Great Gatsby by F. Scott Fitzgerald A Moveable Feast by Ernest Hemingway “Celestial Eyes: From Metamorphosis to Masterpiece” by Charles Scribner III

One thought on “Stories Behind Classic Book Covers: The Great Gatsby”