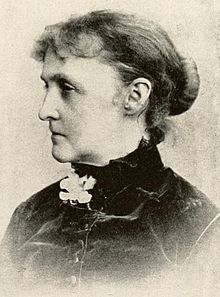 the late 1850s, when a young Sarah Morgan Bryan began to publish her poems in magazines and journals (her first collection, A Woman’s Poems, appeared in 1871 under her married name Sarah Piatt), poetry was one of America’s most popular literary forms. Henry Wadsworth Longfellow, John Greenleaf Whittier, James Russell Lowell, and their fellow Fireside Poets were perennial best-sellers, and the brash youngster Walt Whitman had made his own controversial splash with the first edition of Leaves of Grass (1855). Piatt’s poems and collections, which tended to focus on such universal human subjects as courtship and romance, marriage and family, and children, would continue that popular literary legacy well into the 1890s.

In the early 21st century, however, few Americans read poetry for pleasure, and fewer still read Sarah Piatt. For a time her works were dismissed as sentimental and superficial, part of a wide swath of 19th century women’s writing deemed too slight or insignificant to be remembered (even in scholarly works or college classrooms). While at least some scholars have in the last few decades recovered Piatt and added her to their expanded American literary canon, her dense, difficult poems might still seem too demanding to reach a wide audience; she’s like Emily Dickinson without the compelling biography as a way in to reading her challenging works.

Yet while Piatt’s life story might be less compelling than Dickinson’s, her poetic style is just as impressive, and to my mind even more singular. Piatt’s lyrics consistently depict individual perspectives and identities with the same complexity and humanity as do Dickinson’s; but Piatt often puts those individual voices in conversation with other voices (whether included in the poem or implied), creating dialogic lyric poems that are unlike any in her era (or since). And those dialogues allow her to portray her universal human topics of love, childhood, and parenting (among others) with a depth and power that’s likewise unmatched in American poetry.

Here are three examples, one each on those three central themes:

Three of the many reasons why we should all read Sarah Piatt’s unique, demanding, and utterly compelling poems.