Just like the Presidential election is a major plot point in the Story of 2020 (the craziest story never written), here are other stories that feature elections.

As we inch closer-and-closer to Election Day this coming November 3rd, we are reminded of the importance of our participation in this democratic process. Today, voting is one of the most fundamental rights of almost every person in this country, but it hasn’t always been that way. As originally written, the U.S. Constitution did not explicitly say who could vote–which led to sweeping cases of voter disenfranchisement across the country. It wasn’t until 1869 when the 15th Amendment was passed that African American men were allowed to vote, and even longer for women who were denied the vote until 1920 when the 19th Amendment was passed. Franklin Delano Roosevelt, the 32nd President of the United States, once said, “Nobody will ever deprive the American people of the right to vote except the American people themselves and the only way they could do this is by not voting.”

Today, we’re looking at seven pieces of American writing which feature an election as part of their story. Be warned that there are some spoilers ahead! Do you have a favorite election story we missed? Join in the conversation by letting us know in the comments! Happy reading!

For more information on how, where, and when to vote visit www.vote.org. If you’re not old enough to vote or are not a U.S. citizen, you can still participate in the election by volunteering, canvassing, and staying informed on local and national issues. Remember that you have the power to create real change with your vote, so please don’t waste it.

Of Thee I Sing

First performed at the Music Box Theatre in 1931, Of Thee I Sing tells the story of John P. Wintergreen, a candidate for President of the United States, whose party, lacking a viable platform, runs on “love.” Part of his platform is a promise to marry the woman chosen for him at a beauty pageant in Atlantic City. When he falls in love with Mary Turner, a plain-looking campaign secretary, trouble begins for the future leader of the free world. Listen to the soundtrack on Spotify, Apple Music, or wherever you get your tunes. Of Thee I Sing would become one of the longest-running shows of the 1930s, sparking multiple revivals and concert performances, and was the first musical to ever win the Pulitzer Prize. 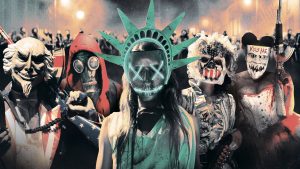 It’s the year 2040, and U.S. Senator Charlene “Charlie” Roan is running for President of the United States with the promise to put an end to the annual Purge night. If you’re not familiar with the film series, The Purge is an annual national holiday during which all crime, including murder, becomes legal for a 12-hour period. Senator Roan becomes the enemy of the New Founding Fathers of America, the party that holds power and upholds the yearly holiday. In an effort to silence their political opponent, the New Founding Fathers decide to revoke immunity for all government officials, including Roan, and attempt to hunt her down. With the help of anti-Purge activists, Senator Roan survives the night and later wins the election in a landslide. The Purge: Election Year (as well as the film series’ prequel The First Purge) is a fantastic watch for anyone who loves horror and thrills with a little bit of political and social commentary sprinkled in. 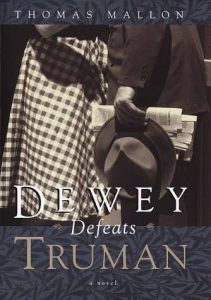 On November 3, 1948, the Chicago Daily Tribune published their paper with the famously incorrect headline, “Dewey Defeats Truman,” after Harry S. Truman’s upset victory over Governor Thomas Dewey. This headline inspired the title of Thomas Mallon’s novel which tells the fictional story of a love triangle in Dewey’s hometown of Owosso, Michigan. Mirroring the national election, a young woman named Anne Macmurray must choose between a Union organizer and a wealthy Republican lawyer and candidate for state senate. Faithfully researched, Mallon’s novel is perfect for anyone looking to escape into the small-town vibe of yesteryear or looking for a new love story to enjoy.

Written by Elroy Schwartz
Season 1, Episode 11 of The Brady Bunch 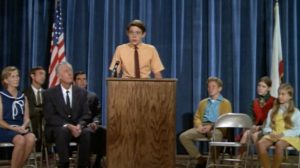 When Marcia and Greg are both nominated for student body president, a fierce rivalry ensues in the Brady household. With the boys siding with Greg and the girls siding with Marcia, it’s up to the adults to show that they can remain impartial and support them both equally. Both candidates accuse the other of playing dirty when Marcia’s campaign plans go missing and Greg finds his tape recorder blank. When tears begin to flow, Mr. Brady reminds everyone that “We are going to be a family, much longer than either Greg or Marcia will be class president,” reminding the Bradys that family unity is much more important than a class election. Though the episode is light and humorous, it could be interpreted as foreshadowing the beginning of the intense polarization we see in our country today. The Brady Bunch is available to watch on Hulu and CBS All Access. 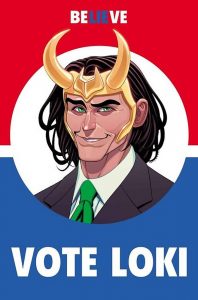 Written as a satire about the 2016 Presidential Election, Vote Loki is about the Norse god, Loki, and his campaign for President of the United States, which is centered around the idea that he has “the guts” to lie directly to the faces of the American people, as opposed to most politicians who would just lie. The four-part series from Marvel Comics tells the story of reporter Nisa Contreras’s attempt to prove that Loki’s campaign, and the promises he has made, have all been a lie to the American people. Vote Loki is perfect for fans of political commentary and those who enjoy chaos come to life. 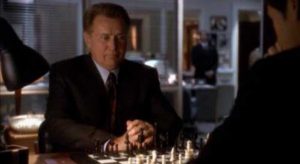 As President Bartlett returns from a state visit in India, the town of Hartsfield’s Landing, New Hampshire is preparing to step into the spotlight as the first presidential primary vote. As White House Deputy Chief of Staff Josh Lyman (portrayed by Bradley Whitford) said, “[42 votes] that are cast at 12:01 and counted at 12:07. The rest of New Hampshire doesn’t come in until 9:00 PM. That’s 21 hours of the news having nothing to report but the winner at Hartsfield’s Landing. I want it to be us.” Simultaneously to the events in Hartsfield’s Landing, are a prank war and a series of chess games that parallel a standoff between the Chinese and Taiwan. The West Wing is available on Netflix.

In the month before the 2020 election, the cast of The West Wing reunited to film a staged reading of “Hartsfield’s Landing” as a benefit for When We All Vote, a nonprofit, nonpartisan organization that aims to increase voter participation and close the race and age gap in elections. The special is available on HBO Max.

The Kid Who Ran For President 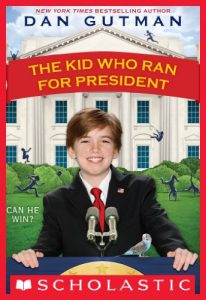 “Hi! My name is Judson Moon. I’m 12 years old and I’m running for President of the YOU-nited States.” Tired of seeing adult after adult lead the United States, Judd Moon decides it’s time for a kid to be President. After establishing his own political party, the Lemonade Party, Judd discovers there’s no obstacle he can’t overcome in his race to the White House. For his running mate, he selects June Syers, an elderly Black woman because, as Judd says, “We’re a perfect team. I’m young and she’s old, I’m white and she’s black.” As his increasingly absurd campaign continues he’s able to raise $20 million and convince Congress to strike the age requirement for the Presidency. To the surprise of Judd and readers alike, he wins the Presidency but does resign that same night. The Kid Who Ran for President is a fantastic, lighthearted read sure to be relatable and fun for kids today. Author Dan Gutman would later follow-up the book with a sequel titled The Kid Who Would Become President.