Here at the AWM, we LOVE to read. That’s why we are so excited to co-sponsor the Great American Read on our local PBS station, WTTW. If you don’t know, the Great American Read is a national contest to find America’s most-loved book. I decided to make a round of the office, determining our staff’s favorites from the list of American authors featured in the Great American Read. I compiled the list here, complete with reasoning and (sometimes amusing) anecdotes. You can find links to buy these books on Amazon or through IndieBound on our Staff Reads page.

What are your favorites from the Great American Read list of 100? Let us know in the comments! 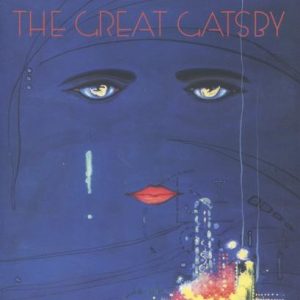 “I chose this book because the characters don’t seem like they could be real, and at the same time feel frighteningly real.”

Linda is our Director of Development and meets all kinds of people, so she knows what she’s talking about. Interestingly, we are having a Great Gatsby party hosted by the Chicago Council for the AWM on September 22 – you can get tickets here, but try not to frighten Linda, please. We like her. 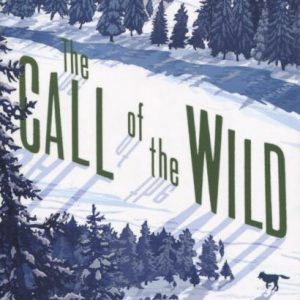 Christopher’s Picks: The Call of the Wild by Jack London and The Catcher in the Rye by J.D. Salinger

The Call of the Wild: “Every winter I re-read this book and imagine running with a pack in the frozen tundra. I started years ago by reading it to my dog, but I came to find out that he prefers White Fang.”

The Catcher in the Rye: “From the time I first read this book as a teenager I have appreciated Holden’s antisocial slant and anyone that disagrees is just a phony.”

Christopher is the Director of Operations here at the AWM, and is pretty much a gem of a person, don’t let his “antisocial slant” fool you. Also, his dog is adorable and you would definitely want to read to him too. 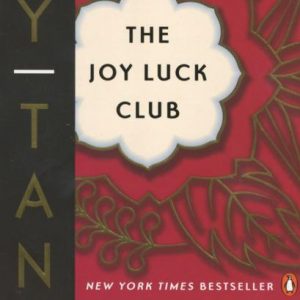 It was one of the few assigned reads in high school that I didn’t hate so it holds a special place in my heart.  In all seriousness, it was a great conversation starter looking at assimilation and Americanization, and it was a wonderful look at the complexities of mother/daughter relationships.

Courtney is one of our star Storytellers and her pick made me understand her a little bit better. She’s awesome at giving group tour and field trip introductions, maybe because she’s had some open conversations about relationship dynamics? Also, kudos to her for not hating an assigned book, that’s a true accomplishment. 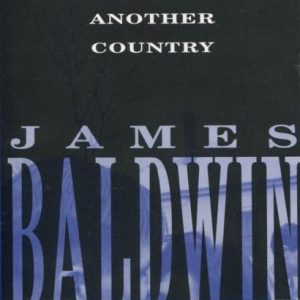 Carey’s Picks: Another Country by James Baldwin, Dune by Frank Herbert, Their Eyes Were Watching God by Zora Neale Hurston, and A Confederacy of Dunces by John Kennedy Toole

Another Country: “An amazing novel that shows the power of Baldwin’s writing to shape complex characters and to create a visceral experience for the reader.”

Dune: Probably the best example of speculative fiction that puts deeply complex characters in what is both a bizarre and carefully crafted world that is both radically different, but oddly similar to our own.

Their Eyes Were Watching God: “The opening line carries a huge impact, and sets a great thoughtful tone for a work about how one woman’s life is tied to three men who have very different wishes about their ships at a distance.”

A Confederacy of Dunces: “Ignatius J. Reilly is one of the greatest comic characters of American literature. From the outset, the author sets the tone of who he is, from his balloon of a head to his absurd, but comfortable, manner of dress.”

Of course I couldn’t get our President, Carey, to choose only one or two books – he came back to me with four. I can’t argue with his choices though, since I almost chose Dune myself, and since I’m pretty sure he’s the most avid James Baldwin fanboy in Chicago. 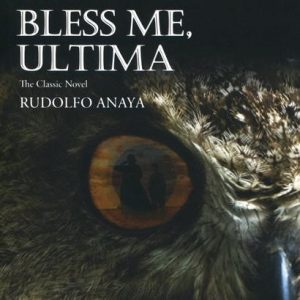 “Loved it. In traditional storytelling form, it’s filled with old folklore carried over into an American coming of age experience.”

I always love hearing what Cristina, our Facilities Supervisor, is reading, because they are such cool, unique titles. So, I was totally baffled that we chose the same title! It’s awesome to see another perspective on a great book, particularly from a Spanish speaker like her. 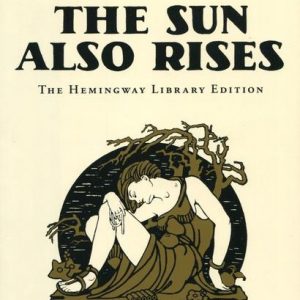 “It’s easy to get caught up in the myth of Hemingway the man, and forget that it was the work that made him famous. This is the height of his power: the hollow aftermath of war told through a story about courage in the streets of Pamplona and futile cowardice in the face of love.”

If anyone knows about the myth of Hemingway, it’s our Program Director Allison, who used to be the Executive Director at the Ernest Hemingway Foundation of Oak Park. I’m surprised she can still love the man, but I’m even more in awe of the way she always describes books so eloquently. 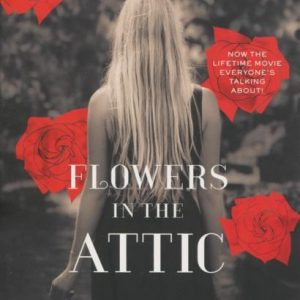 Karie’s Pick: Flowers in the Attic by V.C. Andrews

My older sister Kelley introduced me at a young age to this gothic horror novel by V.C. Andrews and it left a lasting impression on me. Her books led me to read other great horror and suspense writers, and as an adult, that’s still my favorite genre. Thus, I would also recommend these other books on the 100 list: Gone Girl by Gillian Flynn, the Alex Cross Mysteries series by James Patterson, and The Stand by Stephen King.

Karie is our Director of Marketing & Private Events and normally is very bright and chipper. I had no idea she was hiding a dark side with this love of horror novels, but hey, everyone has to get their kicks somewhere, right? 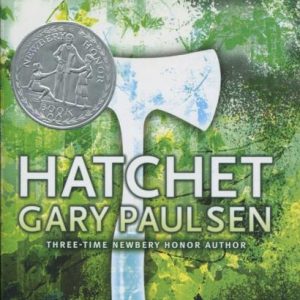 “This is one of the first novels I can remember reading. I think I read it in 5th grade and I can still vividly recall the scenes and imagery and I remember the suspense, intrigue and wonder they elicited in me. As a kid growing up in the rural mountains of New Hampshire we spent A LOT of time in the woods building forts and fires so this book is especially close to my heart. Don’t worry, I lived in a house with running water and electricity and an always full snack cabinet, but it was still fun to pretend we were out there in the forest on our own just like Brian in Hatchet.”

I have never been to the mountains of New Hampshire, but our Administrative Assistant Nate really makes me want to check them out. Provided I can have running water and snacks of course. 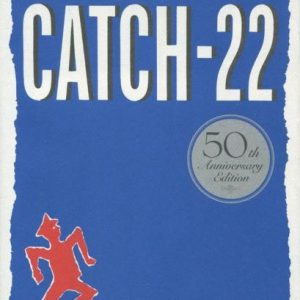 “It’s a funny little satire about the absurdity of war, the isolation of man, and the complications that arise from miscommunication.”

Our Development & Membership Associate Nikki is the newest member of our staff, so I feel like I don’t know her as well. This pick is one of my top 10 on the list of 100 though, so I feel closer to her now. Hopefully she’ll understand if I decide to sit in a tree and not work for the day. 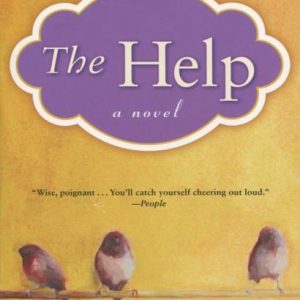 “I read this book after I watched the film. Such a wide array of human emotions – strength, happiness, loss, tragedy- everything summed up beautifully in every character.”

I love talking to Sonal, our Assistant Program Director, about movies because she always seems to understand the deeper meaning better than I do. I was excited that she chose this book, since I loaned it to her to read after we discussed the film. I’ll just have to be wary the next time she makes pie for the office. 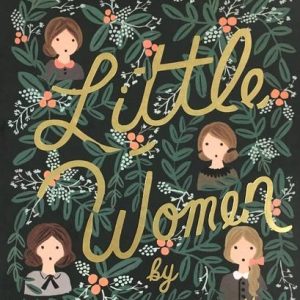 “Little Women is a book that I read every year around the winter holidays, and each time I read it, I discover a new lesson or a new beautiful line. It’s a classic that never loses its charm.”

Catherine, our Assistant Director of Marketing & Private Events, has been with the Museum the longest and helped us all get situated. She looks out for everyone, from all of us to the private events she helps run, and I can definitely see some of the lessons she’s learned from Little Women. 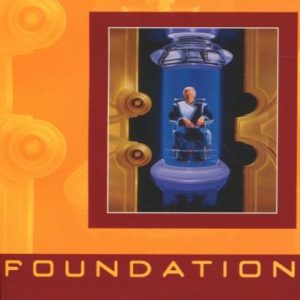 My Picks: The Foundation Series by Isaac Asimov and Bless Me, Ultima by Rudolfo Anaya

I absolutely adore the Foundation series, for many reasons, but honestly any book or series that really makes me think hard is a winner. The series holds a special place in my heart not only as a masterpiece of science fiction, but as my introduction to Isaac Asimov, who is one of my all-time favorite writers.

I already mentioned that I chose Bless Me, Ultima, and I stand by that choice. I’m originally from New Mexico, so this was a great book to read growing up there. Ultima feels like a representation of the beautiful and sometimes otherworldy traditions of my home state.

Do you agree with our choices? Let us know in the comments. You can also  vote for your favorite here, and make sure to check out the premiere September 12 on WTTW Prime, or you can check your local PBS station schedule. Save the date for a finale watch party here at the AWM on October 23!