Looking for some Halloween books that provide deliciously-dark tales to complement the spirit of the season, but aren’t in the mood to commit to an entire novel? Short stories can provide you with just the right number of chills to do the job. Longer dark nights, the crunch and maelstrom of dead leaves underfoot and twirling around your ankles, and stoops and windows decorated with flickering jack-o-lanterns, combined with a haunting literary story or two, can offer the perfect combination of scary and smart.

Below are some stories that reflect the very worst of human (and inhuman) nature, and as such, be forewarned that not only will you be confronted with actual acts of horror, many of these stories contain scenes which may be difficult for some readers – and perhaps with the exception of Washington Irving’s tale, are definitely not meant for children.

So good reading, and may a benevolent spirit protect you on your journey…

Edgar Allan Poe needs no introduction, nor a recommendation of his best-known works like The Raven, The Tell-Tale Heart, and many more both well-known and beloved. However, if you don’t think teeth can be scary, this lesser-known story will convince you otherwise.

Shirley Jackson wrote essays about her life as a harried housewife and mother, as well as some truly dark literature, including the popular The Haunting of Hill House. First published in 1948 in The New Yorker, The Lottery was responsible for the most letters the magazine had ever received regarding a work of fiction, inciting reader repulsion and subscription cancellations. It is also one of the most often anthologized short stories ever. File this narrative under “People can be Awful.” 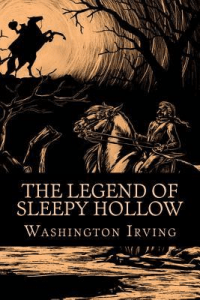 This lifelong New York state author, born in 1783, lives on hundreds of years later largely due to two of his works. Rip Van Winkle is one. The Legend of Sleepy Hollow is the other: a perfect Halloween read, and there is a reason this 1820 gem remains a perennial favorite. If you haven’t yet, join Ichabod Crane on his haunted horse ride home, where he meets up with, well, you know who. If you don’t, now is the perfect time to find out.

Learn more about The Legend of Sleepy Hollow here 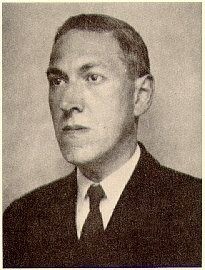 Known as a master crafter of horror, this Lovecraft story fits the bill for lovers of “what if” stories where the reader is given the answer to the question. This work believably weaves an otherworldly evil present within a town of villagers who aren’t equipped to believe in, or deal successfully with, their particular supernatural situation.

Flannery O’Connor is one of America’s best-known short story writers. In this 1955 tale, the Georgia native and National Book Award winner writes in her typical Southern Gothic style to portray, from a strong emotional distance, what is seemingly a mundane family car ride. Welcome to humanity at its very worst; you won’t be able to stop reading. (Note: Contains racist language)

Read A Good Man is Hard to Find here

Born in 1860 in Hartford CT, this author was very forward-thinking when it came to feminism and the possibilities of the female sex – her attitude is well-represented in this story too; when a wife is depressed after childbirth, her husband takes control by instituting his version of the proper cure: to lock her up in a room so she will not tax herself unnecessarily by thinking. Well, the result isn’t what he was sure it would be – for either of them.

Known more for his novels, as well as his cadre of literary awards, this Mississippi author penned the short story A Rose for Emily, which like The Yellow Wallpaper above, is also a story about a woman who holes up in her house – but in this story, the choice is hers. As for why, well, she has her reasons.

Read A Rose for Emily here

Butler was the first science fiction writer to win a MacArthur Fellowship, in addition to the Sci-Fi Hugo and Nebula Awards. Well-known in the genre, here she offers a tale about a strange disease and the questionable “cure.” When it comes to normalizing someone who is different, how far is too far? Readers will be given much to ponder in this story, which highlights the issues of power, humanity, and society. This is a morality tale, and one that will make you consider where you draw the line between cruelty and kindness.

Alyssa Wong describes herself as a “writer of tiny horrors.” Her stories are crisply written with nary a word out of place. It’s also hard to categorize her work, which includes elements of fantasy, horror and science fiction, but with a style and literary imagination that are all her own. The Fisher Queen is a monstrous tale about mermaids, while You’ll Surely Drown Here If You Stay is just as visceral, but its main character is, oddly enough, made of stranger stuff than mermaids, and instead of water, he roams the dark and dry heat of the desert, though not by choice. 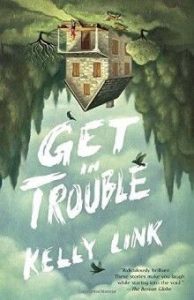 Another great writer whose work is difficult to categorize, but is gaining recognition after years of exquisite output is Kelly Link. A short story writer of the supernatural and the strange, her collection, Get in Trouble, is full of striking tales representing a wide variety of the “others.” If you are not yet familiar with her work, here are two stories to get you off to a good start. The first is a story about vampires, missing naked ghosts, a Ouija board and a demon lover or two. The second is about demanding tenants who ensure their needs are taken care of, no matter what.

Read I Can See Right Through You here

Read The Summer People here (with subscription, or available in the short story collection, Get in Trouble)

A novelist, short story writer and essayist, Gaitskill has been honored with a Guggenheim Fellowship as well as nominations from the PEN/Faulkner Award, National Book Award and National Book Critics Circle. A typical thread between her works of fiction are characters’ introspections, often adding “taboo” elements (AIDS, S&M, and prostitution are just a few examples.) This recommended story is about a father’s introspection, and though the story’s exterior feels soft and gentle, the crux of the story is something else altogether.

Read The Other Place here

Heralded as a literary icon for decades, Joyce Carol Oates crafts a horror story of her own inspired by a true-crime article she read in Life Magazine about a serial killer, which she stopped reading half-way through to summon her own version untethered from additional facts. This read, first published in 1996, achieves its frightening build-up in the slow pace and one drawn-out menacing scene, which the reader cannot escape, while observing a young teen, as she is confronted with a situation and a man, both beyond the abilities of her years.

Read Where are You Going, Where Have You Been? here

A prolific science fiction writer, with several well-known novels including Fahrenheit 451 and Something Wicked This Way Comes, Bradbury died only a few years ago in 2012. The Veldt (meaning: a wild grassland, particularly in Africa), though published in 1950, explores the potential evil of technology when it acts as a replacement for humanity, and hence feels current even today. 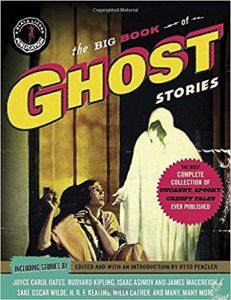 If you have a hard time committing to one Halloween story, the excellent The Big Book of Ghost Stories offers something for everyone – over 800 pages worth!  Pick a story – any story – to begin the process of scaring yourself to sleep…or awake. Plus, this collection offers you creepy reads for many Halloweens to come.

The stories within include ghost-themed works by authors living and dead. Some are well-known horror and shock authors, but others are those you might not expect to find here. You can choose from O. Henry,  Nathaniel Hawthorne, Mark Twain, Edith Wharton and Willa Cather. The collection also includes additional works by some of the highlighted authors listed above: additional works by Washington Irving, H.P. Lovecraft, and Joyce Carol Oates also make an appearance in this tome.

The book’s Table of Contents conveniently organizes stories by subject –  so you can pick your poison based on your mood; categories cover Classics, Scary Houses, Frightening Children and Dreams.

The authors and specific stories recommended above, though exquisite, are by no means offered as the “best.” What stories do you think capture the horrible, the worst of human nature, the shocking ending you didn’t see coming, or has earned the right to be re-read yearly as a Halloween tradition?

Let us know in the comments favorites of your own – and happy (and horrified) reading to you!