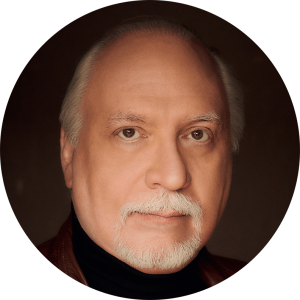 For four decades, J. Michael Straczynski has been telling stories in a variety of formats — from television to comics to film and more. But there is one story he has never told — until now: his own life story. In his new memoir, Becoming Superman, Straczynski does just that, detailing how the power of storytelling and creativity helped him overcome a turbulent and abusive childhood. Ahead of his event here at the American Writers Museum on August 1, Straczynski shared some insights into how he has maintained a successful writing career for many years now.

Whenever I appear at public gatherings, the most common question I get is, “How have you been able to maintain a writing career for over 40 years virtually without interruption?”  (The second most common question is, “Will you leave peaceably, or are we gonna have to call the cops again?”)

Leaving aside the matter of expired restraining orders and the senseless, often mysterious deaths of those who unwisely opposed my ambitions, I attribute the length of my career to two factors:

The Theory of the Three Legged Stool

It’s important for a writer or artist of any stripe to maintain three outlets of creative endeavor at all times.  For me, in the beginning, it was radio, articles and short stories. Then television, comics and novels; later, movies, television and comics.

On the one hand, working in different forms keeps you fresh as an artist.  It’s the difference between having ten years of experience vs. one year of experience ten times.  And as disparate as those forms may seem, one leads directly to the other. Learning to write a decent article gives you the structural tools you can use to write a short story, which teaches you dialogue and the techniques of fiction that can be used in a novel, which teaches you long-form methodologies you can use in a screenplay.

On the other hand, diversifying one’s cash-flow is essential to an artist’s financial survival.  From time to time, at least one of the legs of that three-legged stool will go away. Markets will change or vanish, you’ll annoy somebody into blacklisting you, or a comet will strike downtown Manhattan.  If you have two other revenue streams you can lean back on them until a new source of income shows up to replace the missing third leg. As Dorothy Parker once noted, “Never put all your eggs in one bastard.” 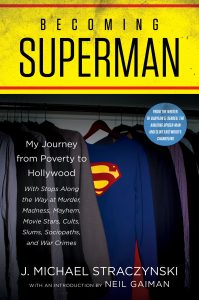 The Prince From A Distant Land Scenario

Movie studios deal with screenwriters all the time, so they’re not terribly impressed when one of them enters the room.  It’s just business as usual. Ditto when a TV writer enters the office of a network executive, a novelist meets with his or her editor, or when a comic book writer attempts to make direct-eye-contact with just about anyone in the business.  There’s a line in the Bible: “A prophet is without honor only in his own village among his own people.” Those who know you well and work with you consistently aren’t impressed by you.

BUT: a novelist approaching a movie studio is something exciting, they’re not used to dealing with novelists (aka “real writers” in the eyes of many of them), so for those executives, the novelist is a Prince from a distant land.  Similarly, a movie writer going into television brings with him or her a cachet of greater magnitude and distinction than one more TV writer walking into a network office. But a TV writer going into comics immediately becomes another kind of Prince from a distant land.  Ditto for comic book writers going into TV or film.

Everybody in the entertainment industry who buys written material is eager to put you in a box so that they can categorize and, ultimately, dismiss you when they think they’ve seen all the colors you have to show, when they think you have no more surprises to offer, so they can go after the next shiny object.  Moving between genres and forms allows you to reinvent yourself, defying their attempts to put you in a box. Every time they think they’ve got you all figured out, you jump over their expectations and prejudices and become shiny again.

For as long as you are able to stay shiny, you will continue to work.

The moment that shine goes away, it all stops, and it’s just you inside a box made by other people’s perceptions of you.

Become the high-wire act everybody wants to see risking life and limb on something new and dangerous.

The rest will attend to itself.

2 thoughts on “J. Michael Straczynski: How to Have a Career in Writing”