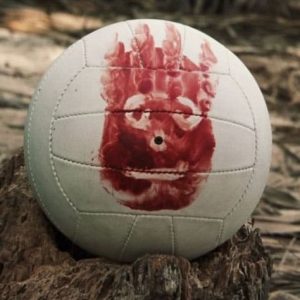 Do you ever feel like you’re stranded on an island and the only person who understands you is a washed-up volleyball with a face painted on it in blood? Maybe you call that volleyball “Wilson” and you talk to it about this book you just can’t put down or a Netflix show you watched an entire season of in one sitting last Saturday or any other obsession you feel has gone too far to share. Wilson might not say anything back, but at least Wilson understands.

We understand that feeling too. And so do The Nerdologues, a comedy group of self-proclaimed nerds who perform sketches, record podcasts, play music and do just about anything else that grabs their attention. They embrace such single-minded obsession and lovingly refer to it as “disastrous earnestness.”

“Nerdiness isn’t what a person likes but how they like it. Anyone can be a nerd about anything,” says Nerdologues member Eric Garneau. “We’re making space for people who love stuff so much it’s a little embarrassing.” 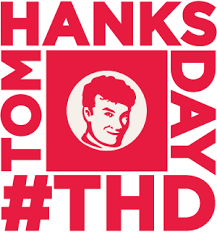 We couldn’t agree more. Here at the American Writers Museum we are book nerds and word nerds and nerds who will always take time to make a silly rhyme. Which is why we are excited to have the Nerdologues record their next Your Stories podcast here at the AWM March 31. Their recurring podcast Your Stories combines comedy, rock and roll, and storytelling into an honest, laugh-out-loud show taped in front of a live audience. And this time they are doing a special Cast Away edition in collaboration with International Tom Hanks Day (THD). Yes, Tom Hanks Day is a real thing and yes, it’s just as wonderful as it sounds.

The Tom Hanks Day organization will bring a typewriter signed by Tom Hanks that attendees are encouraged to type on. The stories, letters and notes will be sent to Hanks following the event. In addition, THD will donate $5 for every ticket sold to Lifeline Energy, a Hanks-endorsed charity that provides crank and solar-powered radios to remote areas of the world. This is the third year in a row THD and The Nerdologues have teamed up for this special event and it has proven to be a good fit.

“[The Nerdologues] are a group of creatively brilliant people doing exactly what we are trying to do,” says THD co-founder Kevin Turk. “Create an outlet for people to get together and forget their differences while celebrating their shared interests.”

This year, the theme is Cast Away, but that is a loose theme that can be interpreted any number of ways, which is the beauty of the Your Stories podcast series. Stories might be about feeling alone or losing someone you love or persistence or talking to volleyballs, but no matter the topic the stories will be compelling, honest and in the end convey a sense of community. Because that’s what The Nerdologues and Tom Hanks Day are all about.

“At the heart of it all though,” says Garneau, “[we] are a group of people making stuff because [we] love it. We strive to make connections through inclusivity, earnestness, friendship, and laughs no matter what our current project is.”

The Nerdologues will record the Your Stories: Cast Away Edition podcast March 31 at the American Writers Museum at 6:30 pm. The evening will consist of live music, stories from writers, performers and friends, and surely some laughs. Complimentary drinks and snacks will also be provided. Get your tickets here!