In the short history of the United States, there’s arguably no conflict that has impacted the county’s culture, image, and politics more than the Civil War that ended in 1865. Unsurprisingly, the conflict has  been portrayed many times in books, film, and television in a variety of ways. No single work or author seems to have claimed the ‘definitive’ telling of the Civil War, as Tolstoy has for the Napoleonic Wars. Rather, like the second World War, different pieces of the larger conflict have been told by various authors for over one hundred and fifty years, and has produced iconic works from Stephen Crane’s soldier’s tale The Red Badge of Courage (1895) to Jeff Shaara’s portrayal of Gettysburg in The Killer Angels (1974). This post, however, will look specifically at white Southern writers and the ways they have looked back at the Civil War and its consequences. 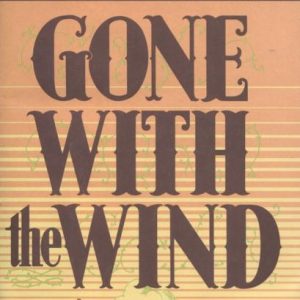 The most prominent Southern novel about the Civil War is probably Gone with the Wind (1936), thanks both to its impressive length and its famous film adaptation. Atlanta writer Margaret Mitchell’s doorstopper of a novel follows Scarlett O’Hara, the “Southern belle” daughter of a rich plantation owner who learns to survive after losing everything when Sherman burns down Atlanta. Despite being a massive best-seller, the book has also been heavily criticized for its romanticized portrayal of the antebellum south and especially its softened portrayal of the O’Hara’s house slaves as being loyal and content.

Many other prominent Southern writers, including those not generally known for historical fiction, had written about the Civil War. Robert Penn Warren, best known for his poetry and All the King’s Men (1948) also wrote two novels set during the war, Band of Angels (1955) and Wilderness (1961).  The latter story is a Confederate soldier’s tale, set during the eponymous battle. Band of Angels is more sprawling, and depicts the journeys of a mix-raced woman who spends the war years alternately black or white, slave or free, and after the conflict finds peace on a farm in the Western frontier. Warren’s fellow Agrarian poet Alan Tate wrote a single novel in his career, The Fathers (1938). Unlike Warren, Tate was a racial supremacist and focused exclusively on aristocratic white characters. The story, narrated by a boy in Virginia during the war years, depicts a young narrator torn between loyalty to his stoic aristocratic father and his reckless, romantic brother-in-law. Both men represent the conflicting strains in old Southern culture that ultimately destroy each other and lead the South to ruin. 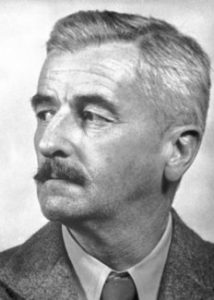 While William Faulkner’s fiction is largely set in early 20th Century Mississippi, many of his works address the war in direct or indirect ways. Almost all of the prominent families in Faulkner’s fiction have roots that go back to the War. Aristocratic families like the Compsons and Sartorises revere their patriarchs who fought as generals for the Confederates. The story collection The Unvanquished (1938) depicts the Sartoris family, loosely based on Faulkner’s own. More lighthearted than most Faulkner, the stories depict adventures and misadventures of young Bayard Satoris and his slave Ringo, his feisty sister who rides off the fight with the cavalry, and the grandmother and matriarch who is killed not by Yankees but a Confederate deserter. The final and most serious story in the collection, “An Odor of Verbena,” depicts young Bayard deciding to abandon the old code of Southern honor and not kill the man who assassinated his father, a lauded Confederate colonel modeled off Faulkner’s own great-grandfather. The work in which Faulkner engages most deeply with the Civil War, however, is probably Absalom, Absalom! (1936) –  interestingly, he worked simultaneously on both the aforementioned books, similar in subject but very different in tone.  Though the war is not depicted directly, various narrators recount the story of Thomas Sutpen, whose attempts to build a plantation kingdom in northern Mississippi before the War are ruined in its aftermath by the fratricidal conflict between his legitimate heir Henry and his half-black bastard Charles. Sutpen’s pride, ambition, ruthlessness, and ultimate failure to reconcile the two races in his own family serves as an allegory for the self-destruction of the South. 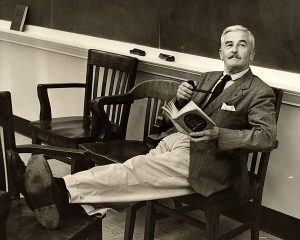 Walker Percy once asked rhetorically, “Why does the South have so many great writers? Because we go beat.” Southern fiction frequently touched on themes of defeat, displacement, and, very often, a sense of difference and perceived inferiority to the North, and displayed a constant consciousness of history that sets it apart from other American fiction. This sense of defeat echoes in stories not directly related to the War. The trope of Southerners going to the North has been explored in contemporary settings by writers like William Styron and Thomas Wolfe. Autobiographical creations like Styron’s Stingo in Sophie’s Choice (1976) and Wolfe’s Eugene Gant in Of Time and the River (1932) find New York like a foreign country; they’re glad to be away from the South but defensive of it toward strangers. Their lives are constantly marked by the tension of where they came from versus where they are now. In the end, such characters can never step too far away from the South that raised them. It is worth noting that Wolfe, after his years in New York and travels in Europe, ended up buried in his family grave in Asheville, North Carolina.

For him, and many others, Faulkner’s famous aphorism held true: “The past isn’t gone. It’s not even past.”